I’ve tried to install a linux based tool called dedected which allow me to sniff dect traffic. With this software and a Dosch Amand dect controller card it’s possible to check if phone calls between your phone and your dect station are encrypted or transmitted in clear text. The required card is very rare and I did  buy my card three years ago!

Maybe in another post I’ll show you some experiences that I’ve made with the card, but in this post I want to show you how I get my card together with the software to work.

First I had to add the backtrack Repository in my sources.list file, because I don’t use backtrack Linux on my T400! After a quick update of the package repository list I could successful install dedected trough the aptitude installer!

Next step is to load the drivers which are required to get the software to work!

Hmm it seems that there is a Problem. Let’s analyze the error message!

I can see that the script search the pcmcia card in slot 0: pccardctl insert 0

A probably error could be that my card is mounted in another slot than 0. Let’s check that via dmesg command:

Ok this is not the problem in my case, but I’ll show you quickly how you could solve that if there would be another number. Edit the Makefile Script in your com-on-air_cs-linux directory.

Here you can check if the number is the same than in your dmesg output!

If you install the software from source you’ve to create the tools with a special command. I couldn’t read in the Tutorial that I’ve to this command, but the command make && make -C tools did solve my problem.

A quick check with the make load command showed me that the error no longer persist!

I switched over to the tools directory and try to start the Software with ./dect_cli

I could successful scan for Dect Base Stations! Software Work 🙂 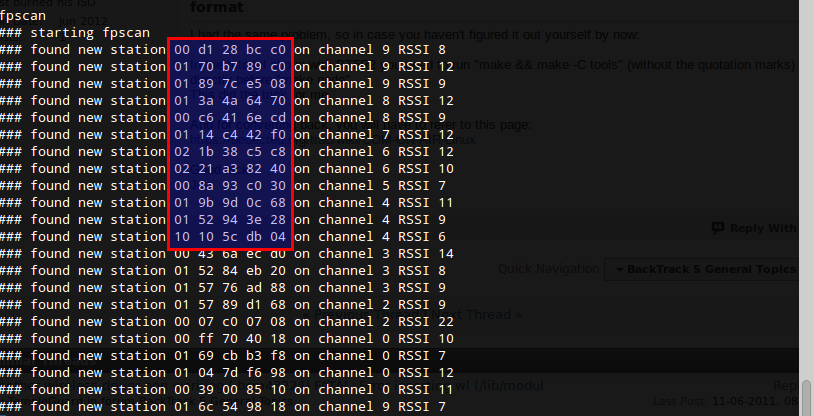